There are a few updates regarding Judge Rapey Kavanaugh’s potential confirmation.

During a press conference today, Donald Trump touted his would be savior:

“I think he spoke very conclusively and very well…” “When he was chosen everybody said oh this is going to go very quickly. People thought 10 years ago that Brett Kavanaugh was going to be a Supreme Court Justice, because of his intellect, because of his career, because of the fact that there are no games.” ~Trump

Trump then expressed indignation at the “hard time” Kavanaugh is going through:

“You know now they talk about alcohol, they talk about all of the… things that you hear, and frankly, you take a look at… they’re bringing up subjects… we would know about this over the last 20 years the last 30 years of his career. You know, what happened? They’re going back to high school and they’re saying he drank a lot one evening in high school.” ~Trump

“they’re saying he drank a lot one evening” No one is accusing RapeyK of drinking a lot ONE evening. He has been accused by a multitude of people, from his days at prep school through his years at Yale, of being a frequent drunk, a blackout drunk, a violent drunk, who is aggressive toward women.

How can Trump put limitations on the FBI investigation?

Then Trump’s press conference warning… a threat of retribution:

“We… ya know… I tell you what, I happen to know some United States Senators, one who is on the other side who is pretty aggressive. I’ve seen that person in very bad situations… okay? I’ve seen that person in very very bad situations, somewhat compromising, and you know— and I think it’s very unfair to bring up things like this. However, whatever the senators want is okay with me.”

Does it sound to anyone else like Trump is threatening to expose someone if the vote doesn’t go his way?

Prior to Friday’s Senate Confirmation Hearing, during which Dr Ford testified, the Senate conducted a phone interview with Kavanaugh each time they were made aware of a new allegation of sexual assault.

What has not been widely reported is that there are a not three allegations against Kavanaugh. There were a total of SIX sexual assault allegations by Friday, all from credible witnesses. These are not anonymous individuals, “these women have come forward, identified themselves, and confirmed their willingness to cooperate with an investigation.”

Below is a link to a full transcript of one Senate phone interview with Kavanaugh detailing disturbing allegations of a drunken rape that took place in a car. The woman claims Kavanaugh and a friend offered to drive her home after a party. What happened to her is reprehensible.

Trump mentioned Kavanaugh’s stellar career during his press conference today. It’s not so stellar. In 2006 the American Bar Association downgraded him from “well qualified” to “qualified,” citing professional inexperience and questions about “bias” and lack of “open-mindedness.” The ABA is among those who want the FBI to conduct a full investigation.

The American Bar Association had concerns about Kavanaugh 12 years ago. Republicans dismissed those, too.

One of Kavanaugh’s Yale classmates, who is able to corroborate the second allegation, has been unable to contact the FBI- They are not returning his calls.

How We Know Kavanaugh Is Lying | Current Affairs 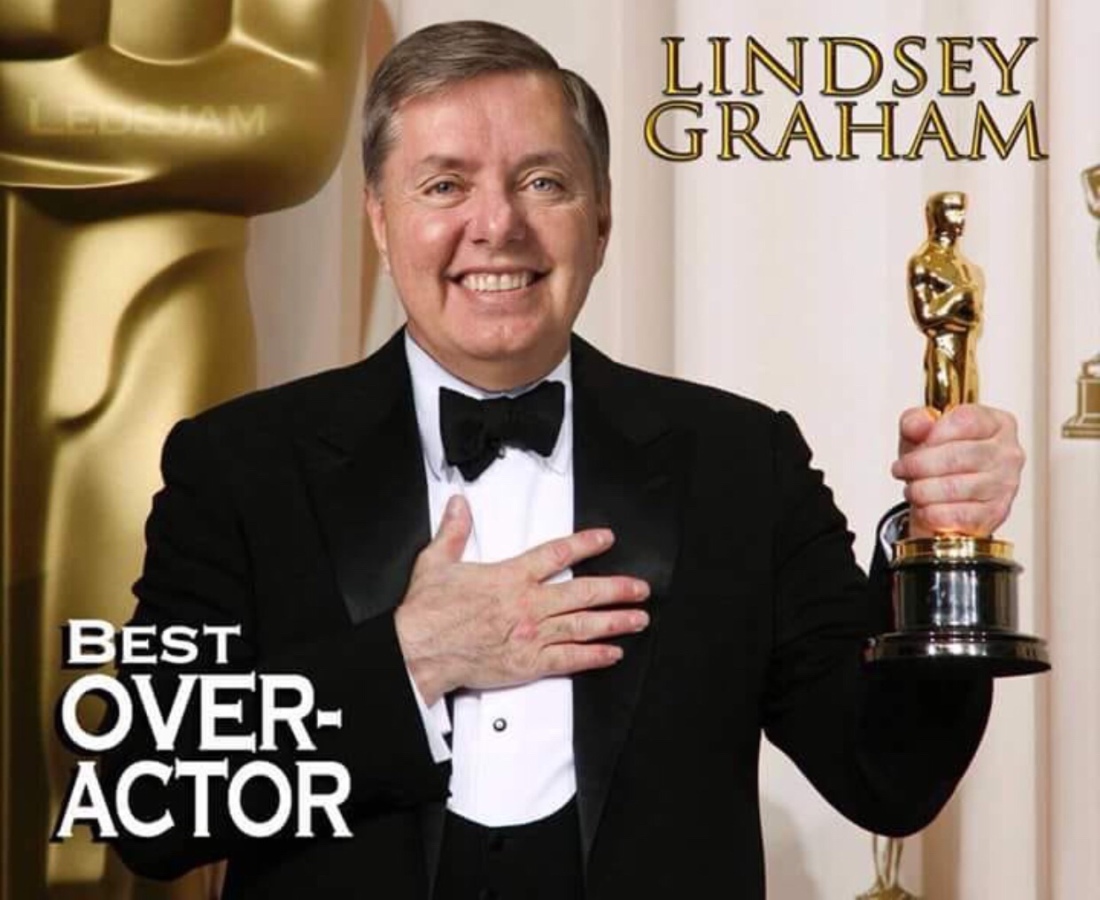 Fauxfuriated Senator Graham has made up his mind; he will vote for Kavanaugh even if FBI links him to sexual assault because… I don’t know. Is it because the GOP hates women?

‘My mind’s made up’: Lindsey Graham says he will vote for Kavanaugh even if FBI links him to sexual assault

Kavanaugh is guilty, and a majority of Americans are realizing that fact. What Graham is attempting to do now is minimize the importance of his crimes, make them seem normal… what Kavanaugh did in high school is to be expected among boys in elite prep schools. If drinking a beer in high school is a dereliction, then who among us is innocent? If drugging and gang raping women is a villainy, then who among us is innocent?

One final nail in the GOP coffin, today they let the Violence Against Women Act expire. 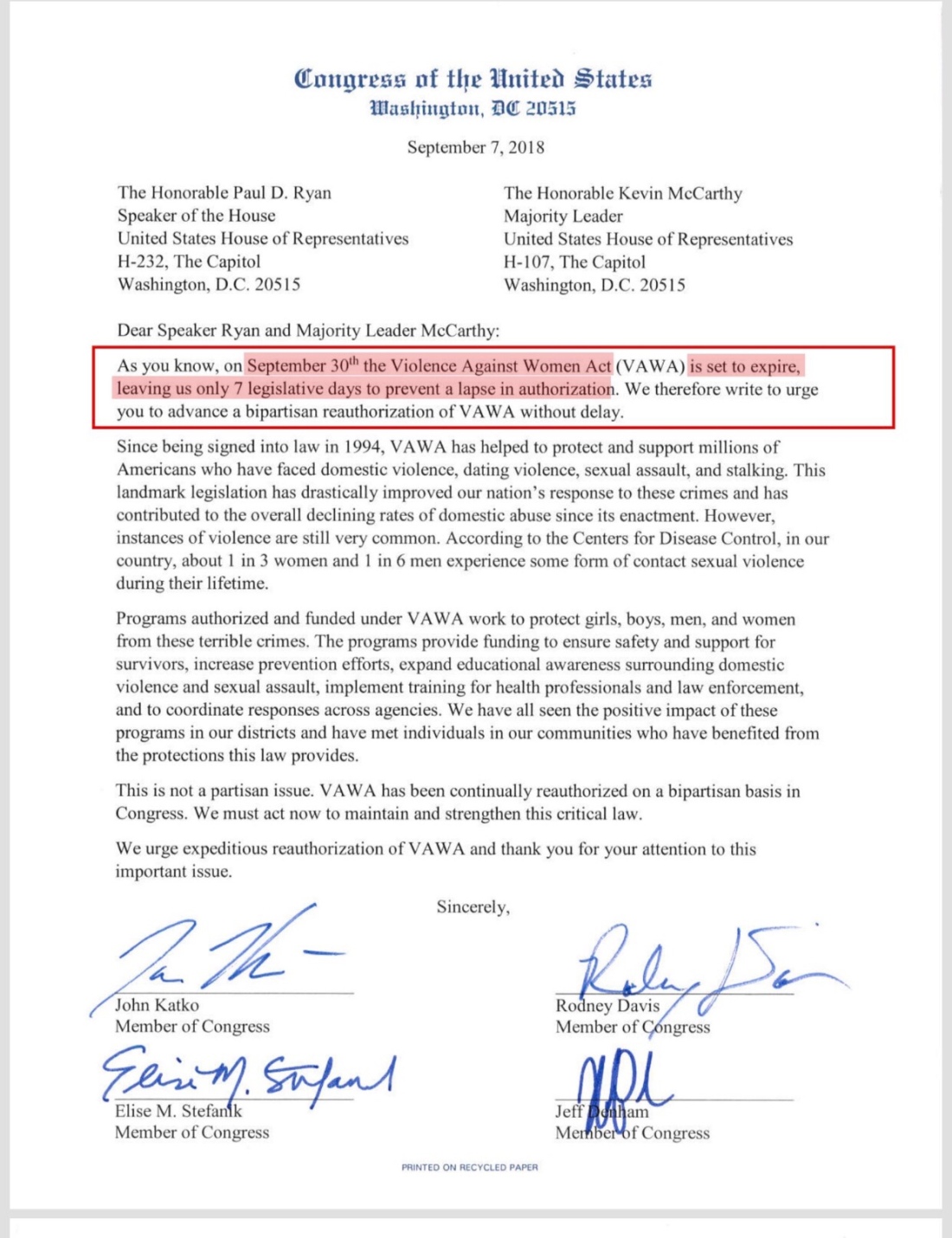