Radical Christian omniphobe, Vice President Mike H(HeKnew) Pence, whose indictment dodging game plan has been to fly under the radar, is trying a new strategy, which is to call Michael T(TrumpNeverMetHim) Cohen’s scrutinized business relationships a ‘private matter.

Robert H(HoldMyBeer)Mueller’s investigation, into Russian interference in the 2016 election, has bled into multiple connected crimes. Michael S(SoScrewed) Cohen, whose style of lawyering is thuggish extortion,

has been busted taking bribes from corporations who have since directly benefited from Donald J(JustKiddingDon’tWannaBePotus)Trump’s policy changes. At the risk of repeating myself, (as if anyone is reading), I’ll only say: banks, Fortune 500 companies, Russian oil, internet, drug companies… I’ll stop there, my thumbs are cramping up.

Back to omniphobe Mike Y(YouCan’tDoThatWithYourUterus)) Pence. He has inadvertently shown his cards, calling for an end the Mueller investigation, by way of suggesting an imposed time limit. I smell fear. 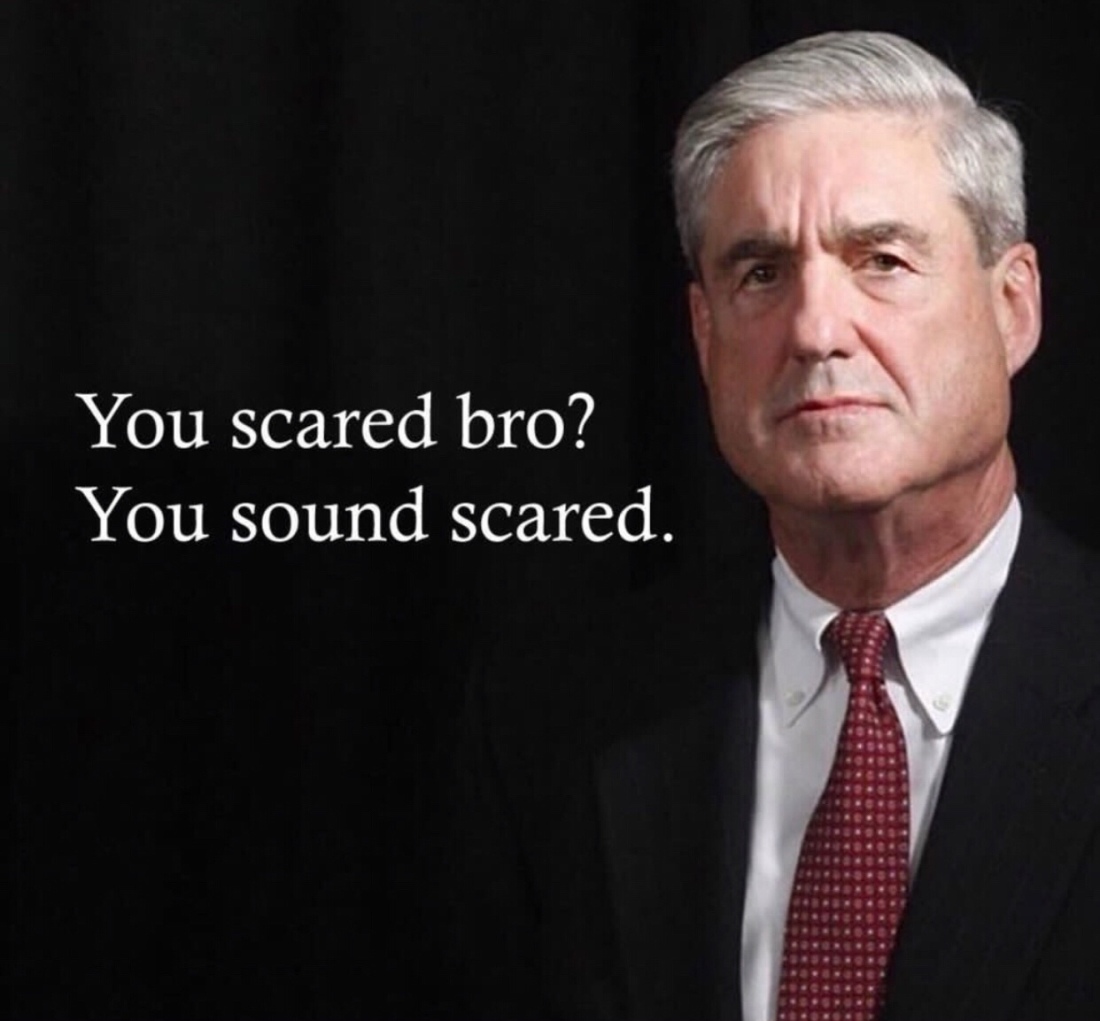 Vice President Mike I(IMightBeGay) Pence, is a hairs breadth from obstructing justice. Who would put themselves at that kind of risk, but a man who hears the clank of the chains of justice closing in on him? Don’t answer that.

Robert C(CloserThanYouThink) Mueller opened his investigation on May 17, 2017… less than a year ago, and the GOP is already itching to shut it down. In that short time, seventy five charges have been filed against nineteen people, five of whom have plead guilty, and four of whom are cooperating with the investigation. Sounds like a waste of time to me.(sarcasm)

Oddly, this is the same GOP that encouraged Ken S (STFU) Starr’s $80million investigation into Bill Clinton for over five years, and all that came of that long and costly investigation was a conviction for lying, (okay it was under oath), about oral sex.

After 242 years as a country that prides itself as free, we are entering a dangerous realm of dictatorship, one with Vladimir A(AmericansAreStupid) Putin as the big dick, and Trump… well anyway.

This will not end well for the GOP.

And in February, GOP Rep Tom Rooney said— the entire Republican staff at the House Intelligence Committee is under investigation by the House Ethics Committee.

Don’t worry Mikey, they’re coming for you too. I can see the Forest through the trees, the trees being this administration, and the forest being democracy.