Like most of you, last night I watched George Stephanopoulos interview former FBI Director James Comey on 20/20.

Cudos to Stephanopoulos for his questions. (Run for office?)

The interview was all it was hyped to be, but it didn’t change my opinion of Comey, or Trump. (Good vs Evil)

Trump is evil. To use Comey’s words— Trump is morally unfit to be president, and he’s a liar.

Comey, a registered republican, is honest to a fault. That fault— ten days before the 2016 election he, unnecessarily and prematurely, offered congress information, in the form of a letter, informing them he was reopening the Clinton e-mail investigation, in light of new unexamined information. That letter was the straw that broke democracy’s back. It cost Hillary Clinton the presidency, and left us with Trump, a lifelong criminal, in the White House who seems to be running the country as per Vladimir Putin’s instructions.

Comey doesn’t think he had a choice, he doesn’t see his decision as a mistake, and says, given the opportunity, he would make the same decision again.

In Comey’s mind he was in an impossible position… he is honest to a fault.

So, what’s done is done, now what? We have a traitorous squatter in the White House, and a GOP majority whose detached indifference, or their own guilt, has left them paralyzed to act. They’d rather resign than stand up to Trump. They aren’t even willing to draft legislation that would protect Robert Mueller’s investigation.

Want another example of GOP hypocrisy?

The following is a list of GOP Senators, still in office who, will not take a stand against Trump but, voted to impeach Bill Clinton for lying about oral sex:

My hope is that the Mueller investigation will survive the GOP.

“if you pluck a chicken one feather at a time nobody notices.”

Be vocal. Stay focused. This is not normal. Encourage everyone you know to vote.

I know I vacillate between “It’s over,” and “Nothing will happen until Democrats take back congress in November and take office in January.” 😑The truth is only (the twitter) God knows when this will end. Chin up, Trump too shall pass. 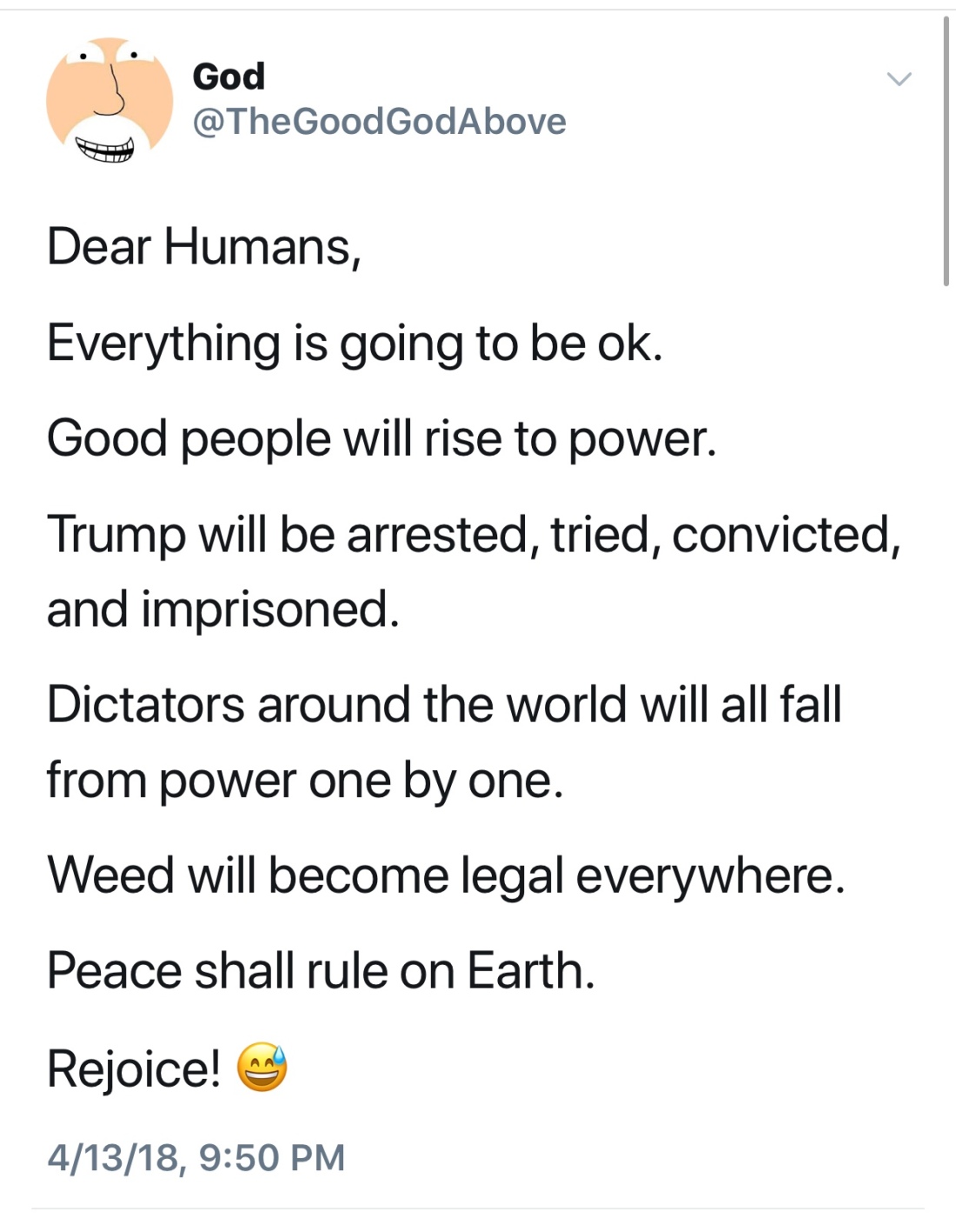 2 thoughts on “Trump Too Shall Pass”