Trump is crumbling under the weight of Friday’s indictment of thirteen Russians, and the subsequent realization that this serves as proof that Russia did interfere with the 2016 presidential election on his behalf.

Whose side is he on anyway? You remember the sanctions against Russia… the ones Trump has failed to implement?

Donny is suffering this morning. 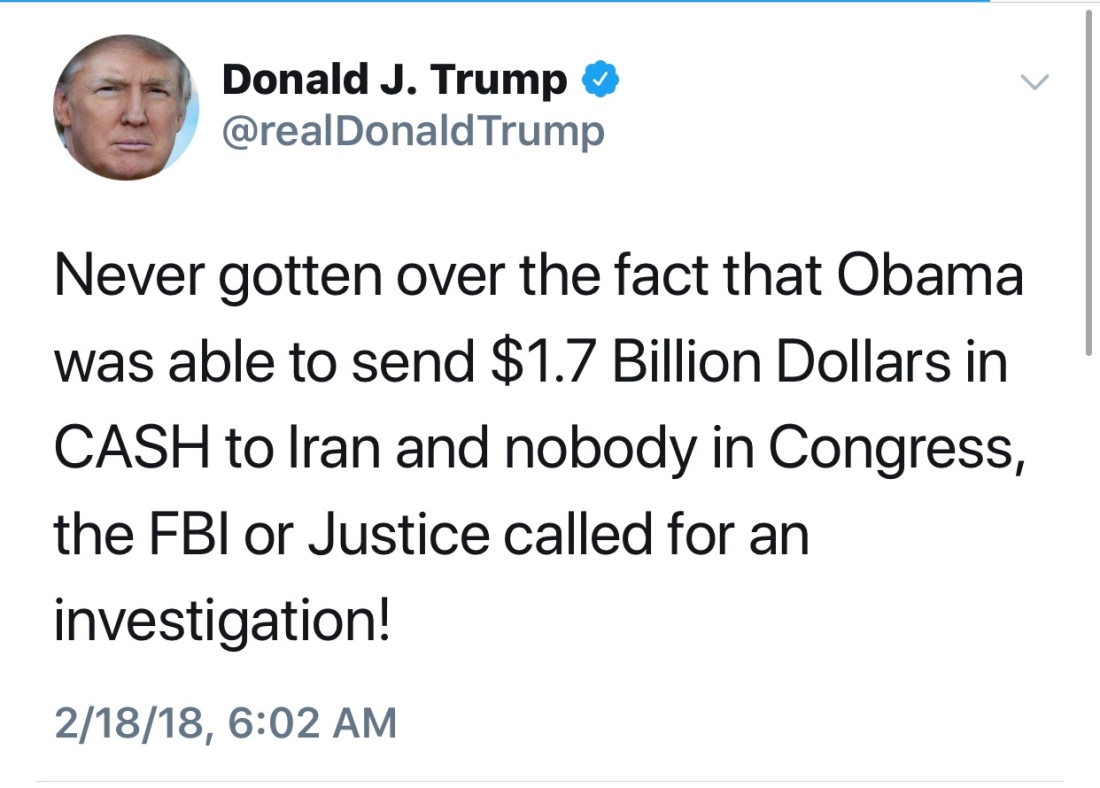 I read “Never gotten over Obama.” My eyes go no further in this tweet, because Trump can not come to terms with the fact that we had a black president… who was twice elected by the American people, not by Putin. 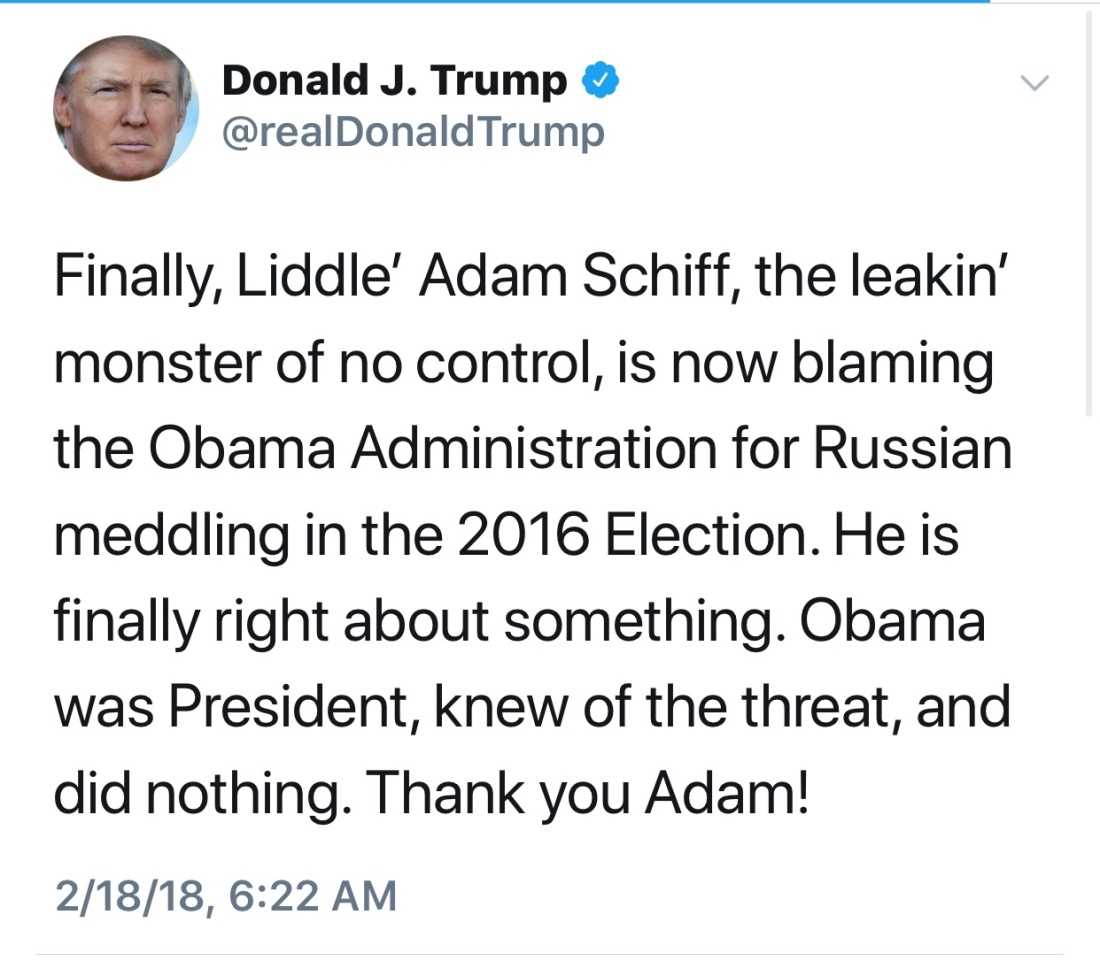 Trump as the schoolyard bully, name calling, taunting, and can’t spell little. He is responding to Representative Adam Schiff on CNN discussing the Russia indictment: 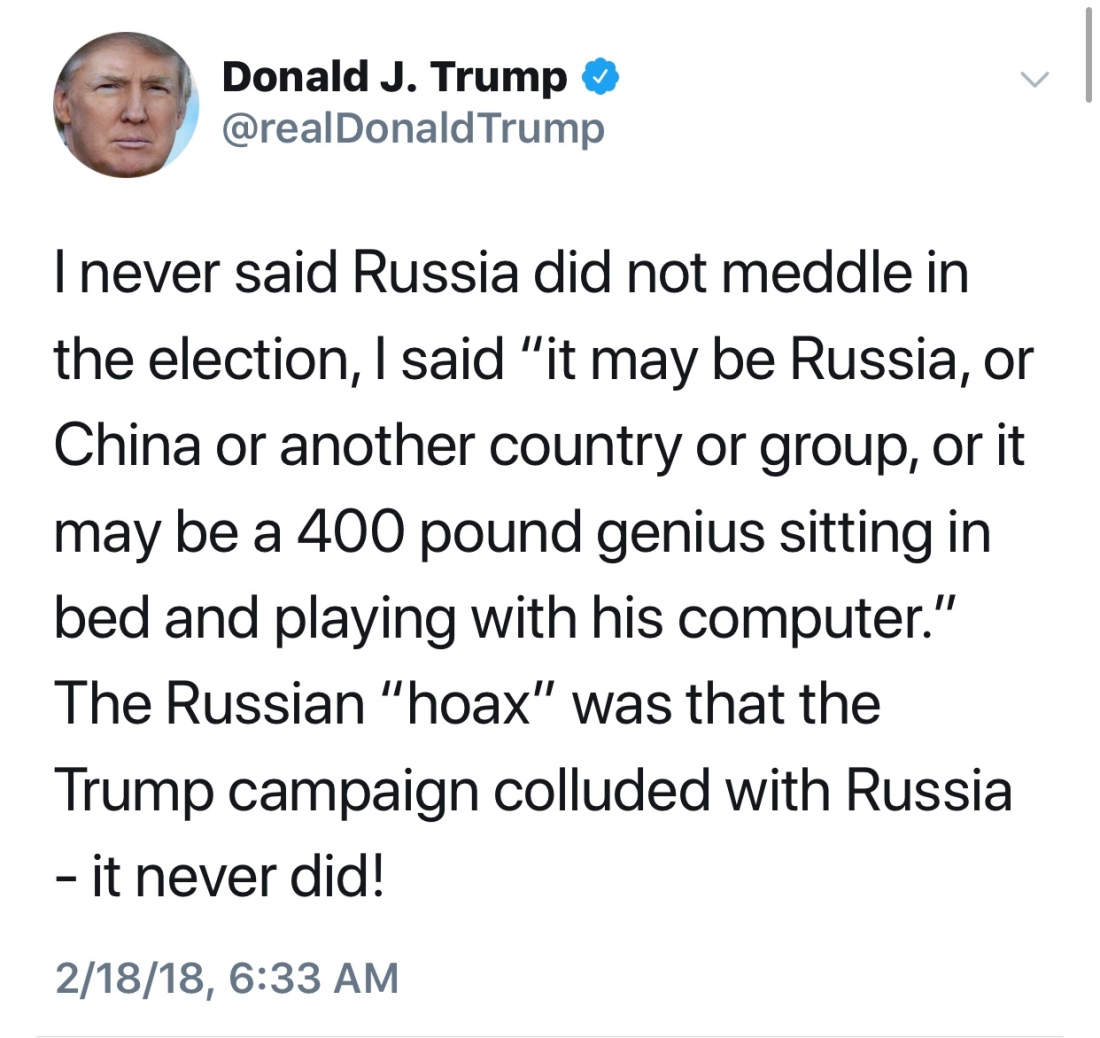 Here we have Trump denying his denial—

And now back to— “But what about her emails?” 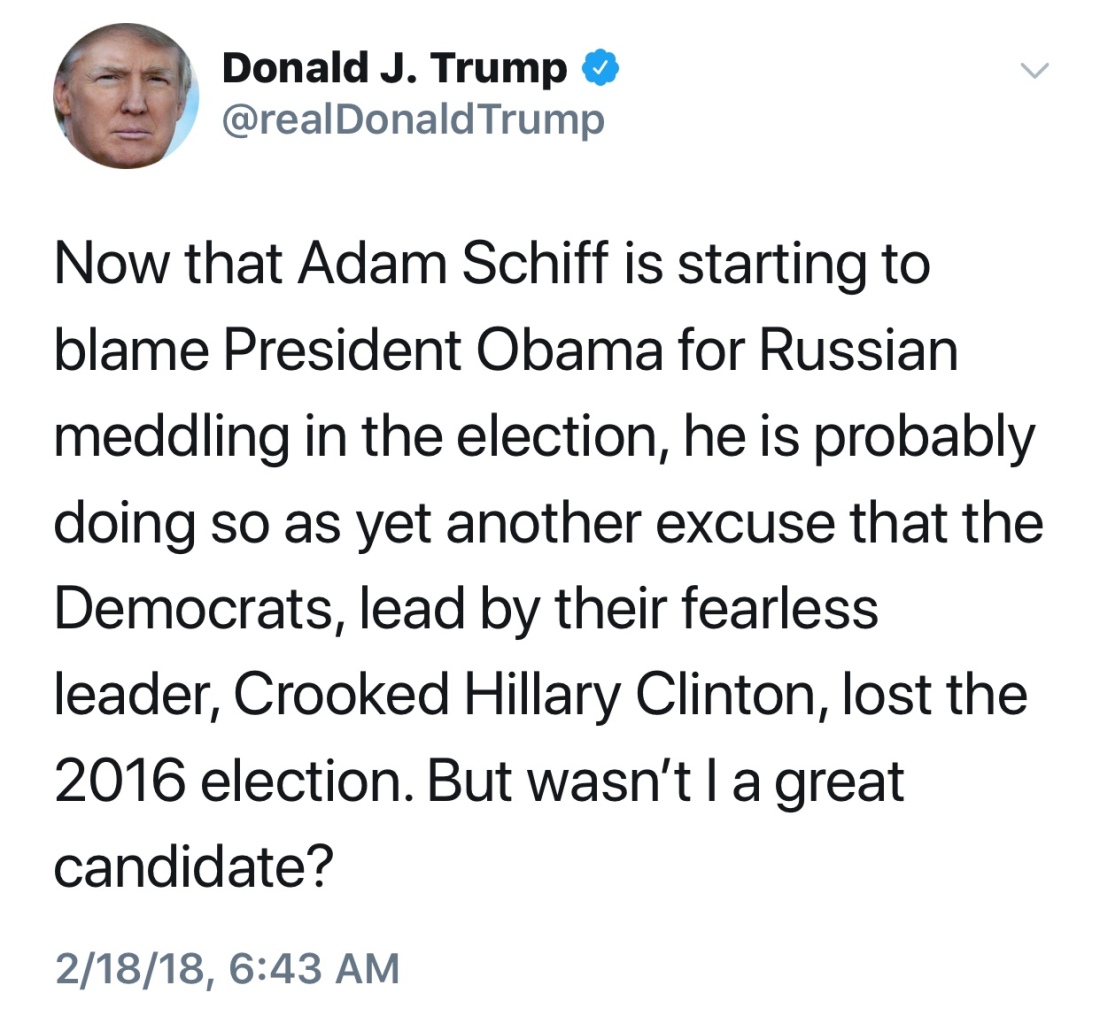 Trump also still can’t get over Hillary Clinton, who the majority of America voted for to be president. 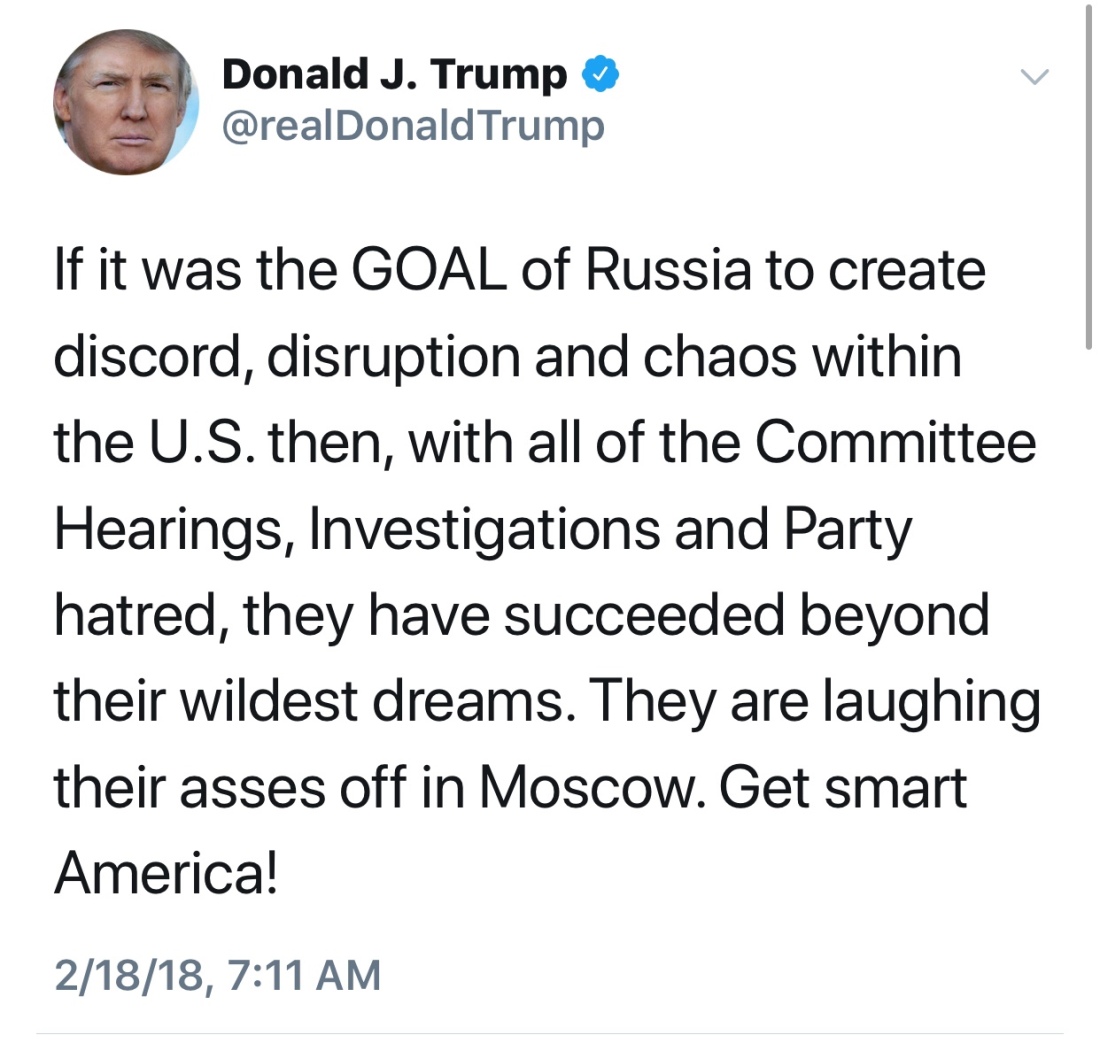 This tweet is correct. Moscow is laughing. The butt of the joke however is the dotard in chief. The moron, who doesn’t know when a smile and tiny thumbs up is inappropriate, tells America to “get smart.”

Trump is not getting enough credit for going to Florida and not golfing yesterday.

Somehow his response to the latest high school mass shooting is lacking. 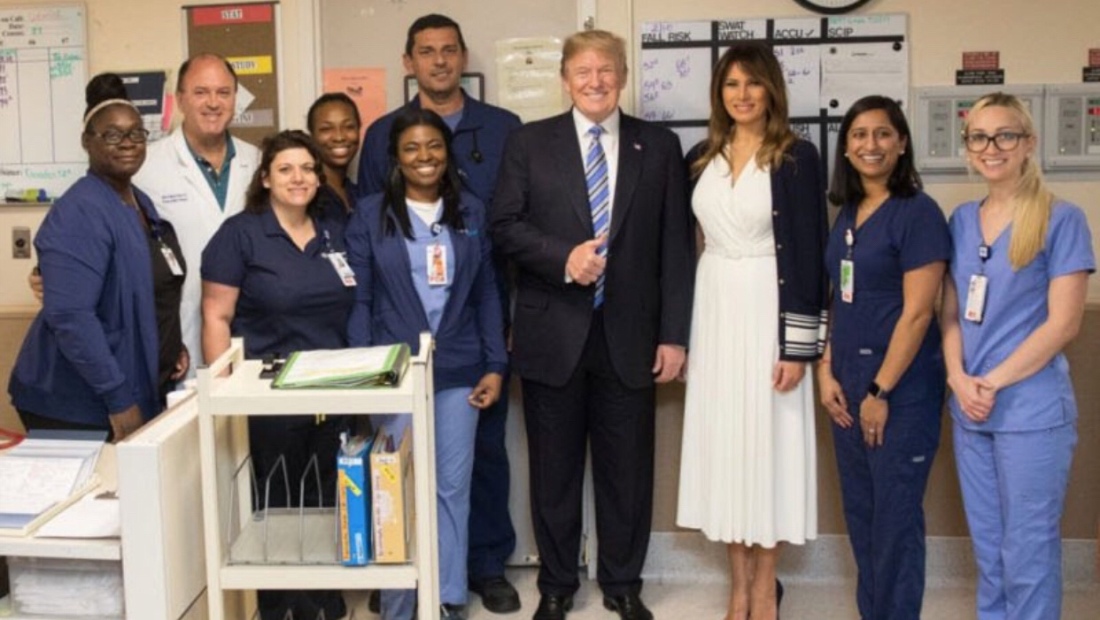 About those indictments, the only question remaining is whether Trump was one of the “unwitting participants,” mentioned, or one of the Americans who was fully aware of what was going on, but helped anyway. 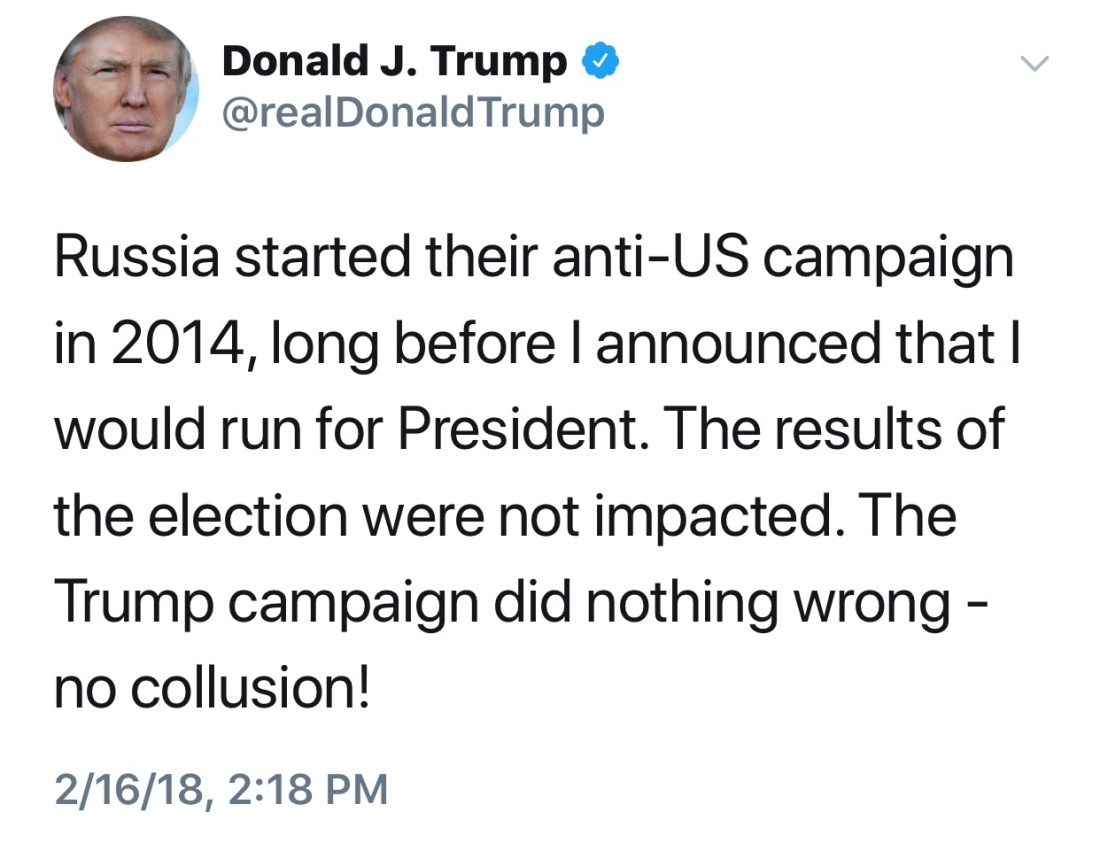 “No collusion,” but Jr, and Jared, and campaign chair Manafort, met with the same Russian lawyer who recruited a Swiss double agent.

Trump now says that in 2014 he wasn’t planning to run for president in the 2016 election, but he registered the ‘Make America Great Again’ trademark *in 2012. 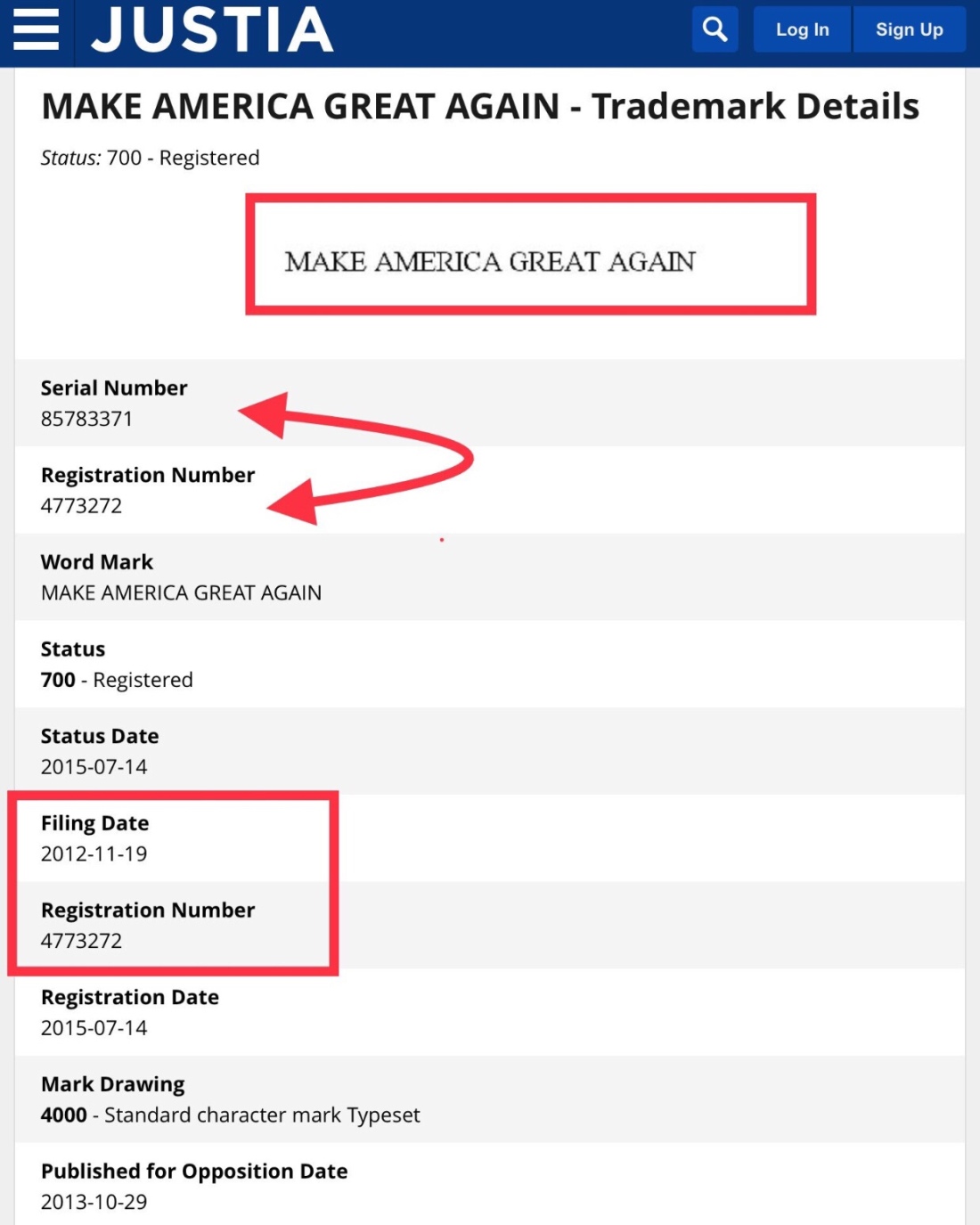 Trump’s lies that can be disproven with his own tweets of the past, the next one is only a week old. 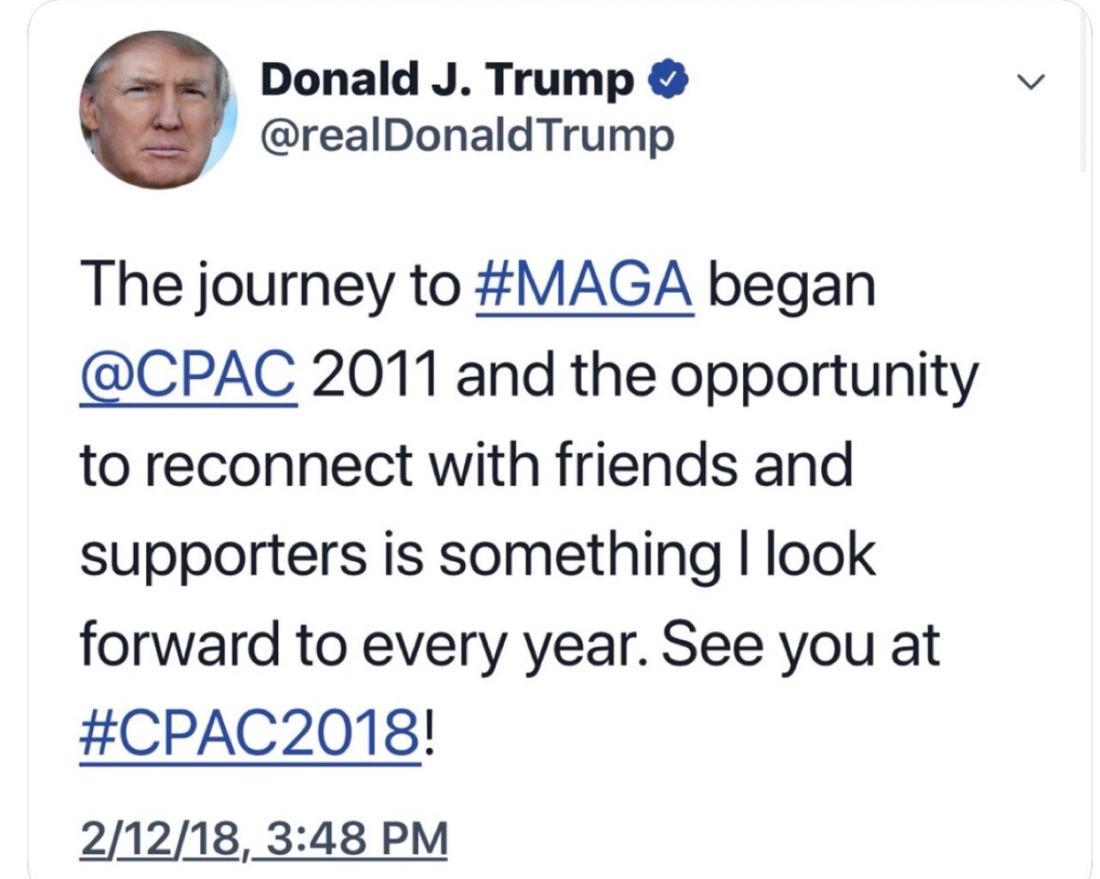 Trump told Russians he’d run for president when he was in Moscow in November 2013—and it was that declaration that led to the anti-U.S. campaign in early 2014. 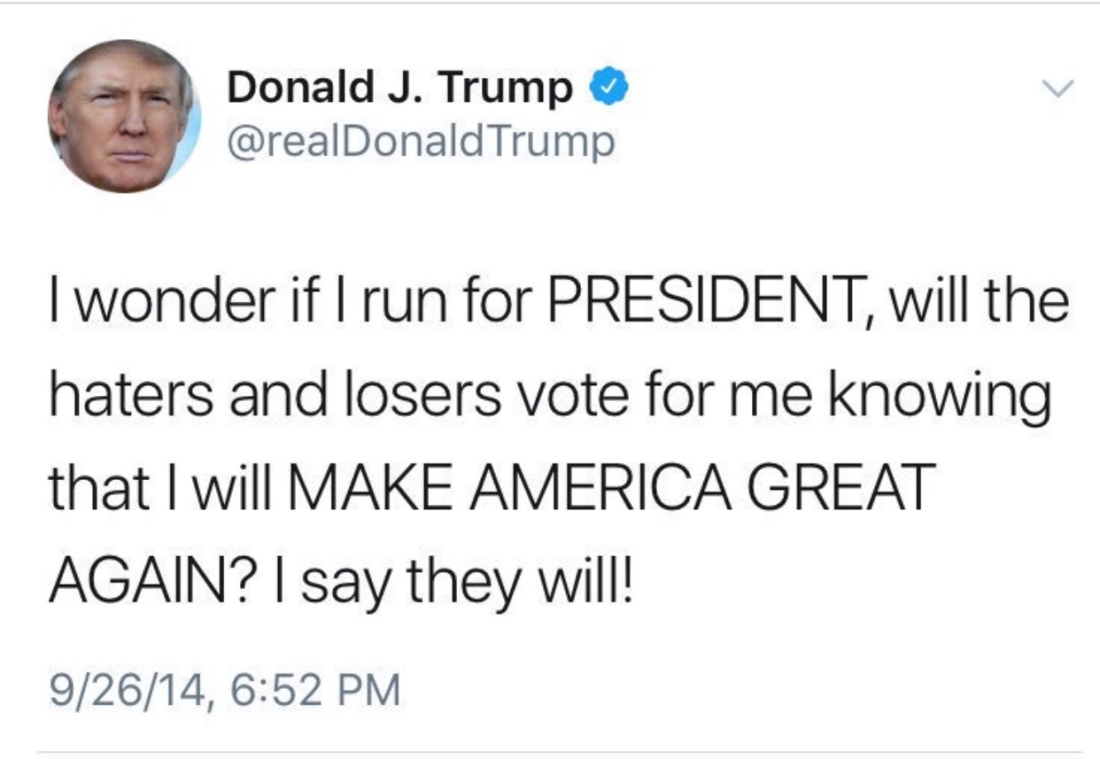 13 Russians criminally charged for interfering in US election,